Is what you remember about comma placement necessarily true? Is your manuscript packed with commas?

In this article, I refer to The Chicago Manual of Style (CMS) to tackle tricky comma situations and situations where you may think you need a comma but don’t. Keep in mind different style books may have different rules about commas. For instance, AP style guide doesn’t require the Oxford (serial) comma, but CMS encourages its use. Nevertheless, knowing the basic rules of your go-to style guide can help you make judgment calls for comma placement.

Gray areas exist in the dos and don’ts of comma placement. When in doubt, clarity should factor into decision-making. Reviewing rules can help us make the right decision. We can also approach the matter by establishing where we don’t need commas.

Next to each headline below, I note the sections of CMS I base my assertions on. Although I focus on situations where commas are NOT necessary, the information can help us understand that writers often need to make independent judgment calls. Keep in mind this post sheds insight on a few sections of a thick style guide. Writers should study the style guide recommended for their particular work.

Most two-part compound predicates joined by a coordinating conjunction don’t require a comma.

She ran on the path and jumped over a branch.

However, there are situations where you should use a comma to avoid ambiguity:

She recognized the girl who was in the accident, and gasped.

*Section 6.23 also says you don’t need a comma if you replace [comma] then with and then.

She watched the movie, then fell asleep

She watched a movie and then fell asleep.

I learned to place a comma after an introductory phrase. CMS says we don’t always need to. If a phrase is three words or less, we might not need a comma after it. Of course, clarity matters. So if a sentence makes more sense with the comma than without, keep the comma.

Before eating, the dogs gathered in the kitchen. (This clarifies meaning. “Before eating the dog . . .” doesn’t sound to good!)

Running behind, he accelerated.

However, DO NOT use a comma if this type of phrase uses a linking verb to modify the phrase.

Zipping along the rails was a cool, new type of train.

He will go with us too.

It’s correct to write, “Yes, I will go with you tomorrow.” However, there may be cases in dialogue where it’s okay to leave out the comma. CMS exemplifies this idea with the statement “No you will not!” (6.34)

Section 6.34 doesn’t mention of course, but the section helped me work through a particular situation I encountered using this expression.

An experienced copy editor added a comma after of course in a work of mine. I’d written “Of course I do!” (or something similar) in dialogue. I did not make the change she suggested. My character said it while distressed. Therefore, in this case, adding the comma after “Of course” would change the mood and intended meaning of the expression. In fact, it would mix mood:

In “Of course, I do!”–a short, exclamatory statement–the comma looks awkward and indicates an unrealistic pause. The comma takes away the meaning I intended the expression to have.

With the help of this experience and CMS, I concluded that a comma decision with of course, just as in the yes-no situation, depends on mood and intended meaning.

“You don’t care that I just lost my house and my dog,” Bonita says.

“Of course I care!” Drake says.

Take a look at the following examples to get an idea of where you don’t need a comma in cases of question marks and exclamation points.

What did I do? she wondered.

Oh My Gosh!, a book by Joe Schmoe, is funny.

“More Important or More Importantly?,” an article I wrote for my blog, sheds light on a commonly used introductory phrase.

Usually a comma isn’t necessary in these instances.

He not only won the money but also a car.

CMS says although some companies may put a comma before these descriptions in their corporate documents, these terms don’t require a preceding comma in articles or books. That said, being consistent in how you write it is most important.

We chose Bolt Wherever Inc. to help us move.

This is another case where you don’t need a comma. As always, make sure your sentence delivers the message your want–and makes sense, in general–without the comma. Clarity matters.

He left but she stayed.

Lift your left leg and hang on the the railing.

What if a subordinating conjunction denoting a condition introduces two clauses as part of that condition?

I’ll go if she does her homework and he cleans his room.

Discussion: Does the above sentence go along with the two short, related sentences rule? I’d rather work through the situation this way: In this sentence and serves as a subordinating conjunction (see the “dependent clauses” section below). “And he cleans his room” is a dependent clause because it’s part of the condition the main clause expresses.

I think the sentence makes sense as is. If I added a comma before and, the clause would be independent, thus its purpose, bringing meaning to the main clause, might get lost.

No comma comes before a restrictive phrase. This is because such a phrase is essential.

Byron’s poem “She Walks in Beauty” is one of my favorites.

Byron wrote more than one poem. If he’d only written one poem, the one mentioned above, then a comma would be placed before it.

A clause has a subject, a verb, and whatever complements the verb needs. A clause can be independent or dependent.

An independent clause is a sentence that makes sense on its own.

A subordinating conjunction connects the dependent clause to the independent one.

A phrase does not have a subject and verb.

No comma comes before a dependent clause. Such a clause is essential to the intended meaning of the main clause. This is true for relative clauses and clauses introduced by a subordinating conjunction.

The book that I bought is a long one. (I put in “that” to make a point. However, as a matter of style, I usually leave out “that” when I write such a sentence.)

The priest who gave me this Bible was my cousin.

A subordinating conjunction precedes this type of clause (5.200). See 5.201 for “special uses” of this subordinate conjunctions. I recommend reading CMS sections 5.200-202 to refresh your knowledge about these.

A turkey stepped close to my husband because it wanted food.

You can go with him if you pay your own way.

Although CMS says a “pure subordinating clause is not a pronoun or adverb,” it includes where under section 5.201, “Special uses of subordinating conjunctions.”

I love that place where we ate the lobsters.

“I love that place” is the main clause. “Where we at the lobsters” is the dependent clause, its first word where an adverbial conjunction. The antecedent of where is place. Where qualifies the verb ate.

I asked when we were leaving.

I’ve often fallen into the adjective rabbit hole as I tried to decide how to handle them. In general, I have a less is better attitude toward adjectives–I’d rather try to make a verb out of them. Therefore, I’ll just say this: adjectives that are not “coordinate” do not need commas.

I wore a wrinkled denim jacket while doing yard work.

A wrinkled jacked can be made of any number of materials. Therefore, wrinkled modifies denim jacket.

The smelly, wrinkled, dirty denim jacket will be tossed.

We could do the “and” test with this, meaning if the adjectives make sense with and between them, they are coordinate and should have a comma between them. Test: “The smelly and wrinkled and dirty denim jacket” makes sense.

Comma placement isn’t an exact science. Tweak your “comma sense” by getting to know the rules of your style guide. The Chicago Manual of Style can help fiction writers navigate comma placement in their manuscripts.

A comma can clarify, indicate a brief pause, separate coordinate adjectives, set off an introductory phrase, or separate two independent sentences. If you’re like me, certain situations may confuse you. When in doubt make sure a comma or lack thereof aids in clarity and helps the sentence deliver the message you want. This will help you count less on grammar software and more on yourself when writing and editing your work. 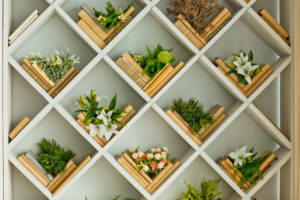